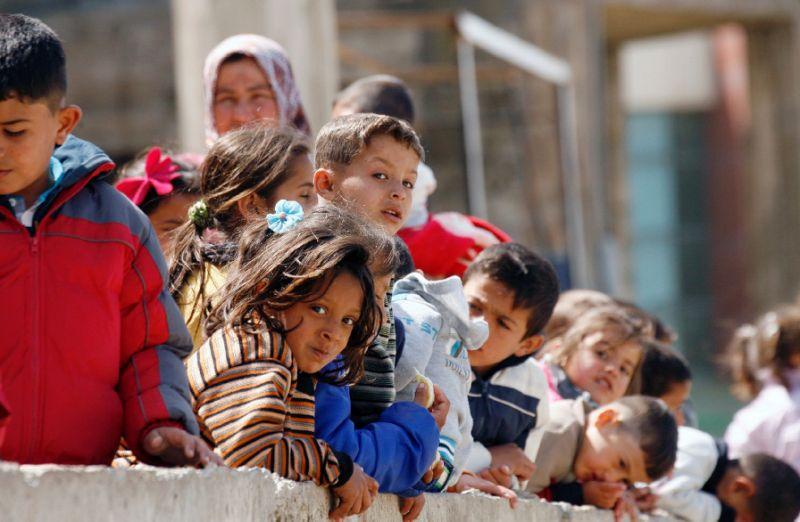 ​ (IraqiNews.com) BAGHDAD – In a report titled Growing Up Without an Education’: Barriers to Education for Syrian Refugee Children in Lebanon and released by Human Rights Watch (HRW) on Tuesday it has been informed that almost 50 per cent of the 5,00,000 school-age Syrian children in Lebanon are not enrolled in formal education.

“Even though Lebanon hosts 1.1 million registered Syrian refugees, and the Lebanese government has even allowed Syrian children to enroll for free in public schools, but limited resources and Lebanese policies on residency and work for Syrians are keeping children out of schools,” the HRW report, which was obtained by Iraqi News from its website, stated, adding, “But HRW found that some schools have not complied with enrollment policies and more donor support is needed for Syrian families and for Lebanon’s over-stretched public school system.”

“Despite Lebanon’s progress in enrolling Syrian children, the huge number of children still out of school is an immediate crisis, requiring bold reforms,” said Bassam Khawaja, Sandler fellow in the children’s rights division at HRW.

“Children should not have to sacrifice their education to seek safety from the horrors of war in Syria,” Khawaja added.

It may be mentioned here that on November and December 2015 and February 2016, Human Rights Watch conducted 156 interviews with Syrian refugees, gathering information about the situation of more than 500 school-aged children. Some had been out of school since arriving in Lebanon five years ago. Others had never stepped inside a classroom.

To support our Care For Syria "EDUCATION - CARE SCHOOLS/BACK TO SCHOOL" Programme, Please go to : http://www.global-ehsan-relief.org/#!care-for-syria/e9w9x