Have you ever wondered what it’s like to perform Qurban in Africa? We had a chat with the CEO of Global Ehsan Relief, Mr Basheer Ahmad, on his experience performing Qurban in Somaliland, almost a decade ago in 2013. While he has been on many Qurban trips, such as to Indonesia and Cambodia, Mr Basheer’s Qurban experience in Somaliland is one to remember. Q: What were your first few thoughts about performing Qurban in Somaliland?

We were quite apprehensive, you know Somaliland, it is actually just beside Somalia, it’s actually part of Somalia. And then Somaliland declared independence. They are an independent country but are not recognised by many countries in the world. So we were apprehensive, what our journey there would be like. Somalia was filled with conflict and unrest. My team and I, the brothers that I went with, there was some apprehension and fear in the team. What would happen if anything went wrong.

But Alhamdulillah, everything went smoothly. The journey was quite tough, we had to take a flight to KL, Malaysia at that time, because the only flight to Somaliland was by Ethiopian Airways, and it was not available in Singapore. Then from KL we met our partners who were situated there, and then we had to settle our Visa. And then from KL we had to fly to Addis Ababa, the capital of Ethiopia. We stayed overnight there - it was a very long journey for us.

And then in Ethiopia, the first time we reached the country, we had to change flight again and then fly from Ethiopia, the neighbour of Somaliland, we took a propeller plane - which was just as nerve wracking for us! So from Addis Ababa we flew to Hargeisa, which was the main capital of Somaliland. So a lot of people know of Somalia, but they don’t know much about Somaliland. That’s why we were a bit apprehensive, praying that everything will go well.

"Alhamdulillah fortunately, we had a good team and partner on the ground. Brother Abdi, he is an ambassador of Somaliland to Malaysia. So he arranged everything for us and it all went smoothly. He was a government official. We were well-received at the airport and were well taken care of,"

Q: That sounds like quite a journey! What was your first impression of Somaliland?

It was an eye-opener because Somaliland is just opposite of Somalia. From what I know and heard, Somalia is chaotic but it was calm and peaceful in Somaliland. So that was our first impression in Somaliland. Except that the country is a third world country, because a lot of things are happening in Somaliland. We found out that due to the conflict in Somalia, about a million people ran away in Somaliland, leaving everything behind because the civil war in Somalia happened for about two to three decades. So it was a long period of unrest and they fled to Somaliland where it was peaceful. 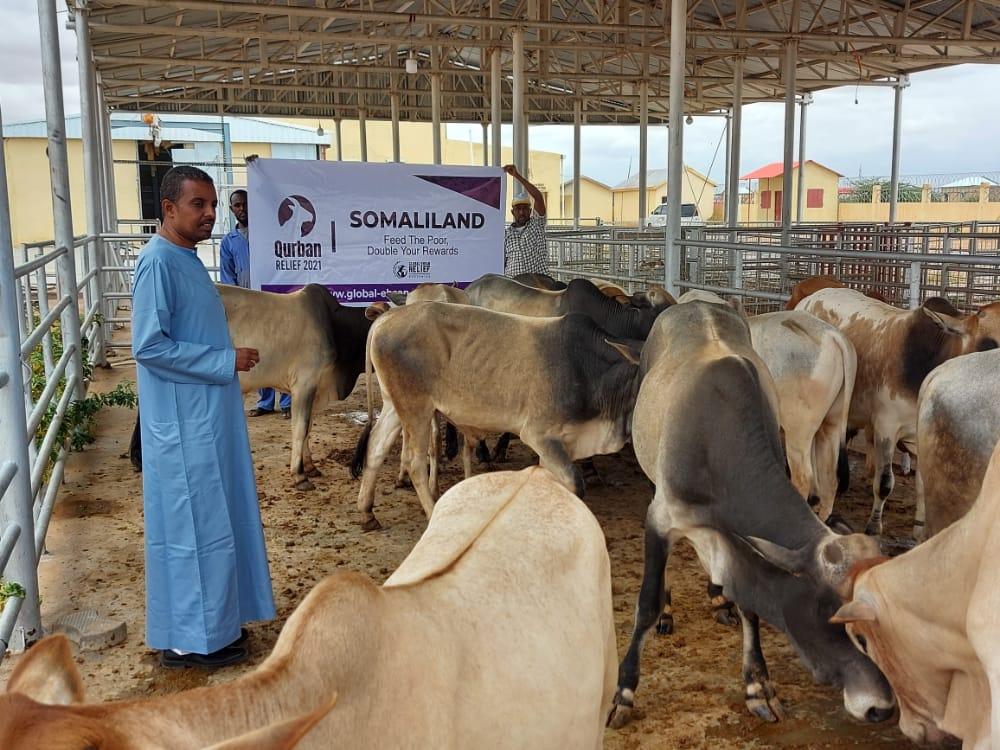 Q: Somaliland sounds like quite the adventure… what was the most impactful moment of the trip?

One camp that I visited, which was one that impacted me the most I would say, inside the refugee camp, we saw that they were living just in tents. It was not even camps, it was tents made from bamboo. And they have been staying there for decades. Just imagine, a small room like this (our studio), that’s where their bedroom is, their kitchen, and there were no toilets. And they had children. So I asked one of the daughters, how long have you been here? “All my life, I was born here”. She was born and raised in the tent, in the camp for 17 years of her life. So that’s how their condition is.

We visited the camps and what happened was there were mostly only ladies left, and the elderly. Most of the young men or the husbands, all had left, either because they lost their lives in the civil war in Somalia, or they were out of the country looking for work. Because in Somaliland, there were no jobs.

Our Qurban was mainly for these refugees. We call them IDPs - Internally Displaced People. They are refugees in their own country and they have been living in the refugee camps for decades. That was the eye-opener for us, that they have been here for decades.

Q: Ladies doing the slaughtering, that’s amazing! Why should people donate their Qurban for Africa?

So in Somaliland, like I mentioned, there are half a million refugees there and they have been there for decades. And the sad part is that, we hear it from stories and I’ve seen with my own eyes, they only get to eat meat once a year, and that’s during Eid ul-Adha. That’s the only time they get meat. At that time, we had about 300 to 500 Qurban, and there were many NGOs from all around the world who came down to do their Qurban at Somaliland too. But even if all the NGOs combine their Qurban, the meat can only be distributed to about 10% of the needy population there. Unfortunately, the situation in Somaliland has not changed much over the decade.

The east African countries of Somalia, Kenya, Ethiopia, Somaliland and Sudan are facing their worst drought in 50 years. Many are on the brink of starvation and malnutrition, especially children. This Eid ul-Adha, let us all do our part and help Save Africa by donating our Qurban to the African communities there.