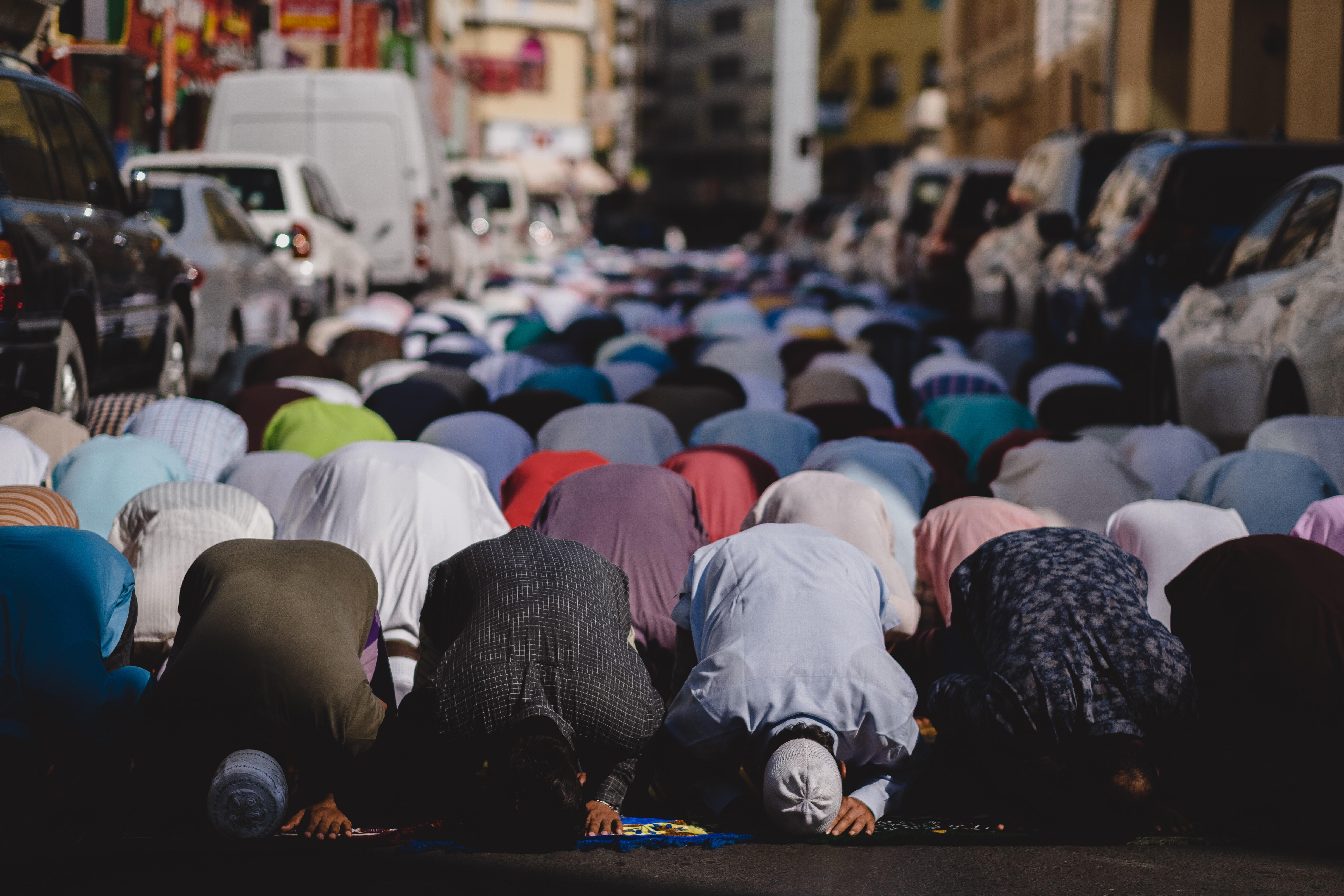 The Blessings of Jumu’ah

The Messenger of Allah ﷺ said: The best day on which the sun rises is Friday. (Muslim)

Not all times of the day, week or months are the same with Allah s.w.t - He prefers some over others. Prophet Muhammad s.a.w advised us to take advantage of these blessed perios where Allah s.w.t casts His winds of mercy into His creation.

Amongst these blessed times, the blessed day of Friday!

In Arabic, Friday is Yawm al-Jumu’ah, or translated literally to ‘the day of gathering or assembly’.

Here are 5 virtues of Friday that makes it so special: 1. A Surah is named after Friday

In the Quran, Allah s.w.t only mentions two days of the week, namely Saturday and Friday. Surah Al-Jumu’ah, surah 62 of the Quran, is also named after Friday. This reflects the great importance of this day with Allah s.w.t.

“O believers! When the call to prayer is made on Friday (Jumu’ah), then proceed to the remembrance of Allah and leave off business. That is best for you, if only you knew.” (62:9)

2. It is deeply connected to the Prophet Adam a.s.

There are five significant events that happened in the life of Prophet Adam a.s, that all took place on a Friday. They are:

For Muslims, Friday is viewed as a day of Eid each week.

Our Beloved Prophet Muhammad s.a.w said, ‘Indeed this (day of Friday) is a day of Eid (festival), which Allah has made for the Muslims. So whoever comes to the Friday (prayer), and if he has perfume then let him put some on. And upon you (I urge you to use) is the siwak.’ (Ibn Majah)

This could also explain why our Messenger s.a.w strongly encouraged us not to fast only on Fridays. Rather if you want to fast on a Friday, it is best to fast on either Thursday or Saturday as well.

Our Prophet s.a.w said, ’None of you should fast on Friday, but only that he fasts before it or he fasts after it’. (Muslim)

4. Protection from the trial of the grave

‘No Muslim dies on the day of Friday, nor the night of Friday, except that Allah protects him from the trial of the grave’. (Tirmidhi)

One more significant virtue of Fridays, and one that every Muslim would pray for this to happen to them, is that if a Muslim passes away on a Friday, they will be protected from the trials of the grave, insya-Allah.

5. Allah s.w.t perfected the religion on a Friday

We have mentioned how many significant events of Prophet Adam’s a.s life, such as his creation, took place on a Friday. Besides this, there are other momentous events which Friday was divinely chosen for. One example, is the perfection of Islam for this Ummah on a Friday.

On the authority of Tariq ibn Shihab (ra) who said, ’A man from the Jews came to ’Umar [ra] and said, “O Commander of the Believers, if this following verse had been revealed upon us - ‘This day I have perfected your religion for you, completed My favours upon you, and have chosen for you Islam as your religion’ [The Noble Qur’an, 5:3] - (then) we would have taken that day as an Eid day’“.

’Umar [ra] said, “I know definitely on what day this verse was revealed; it was revealed on the Day of ’Arafah, on a Friday“’. [Bukhari]

Islam was completed on a day which was a ‘double Eid’ - it was a Friday, as well as the Day of Arafah (9th Dhul Hijjah), which is an Eid for Muslims who are on Hajj. Blessings of Sadaqah on a Friday

With all the amazing virtues of Friday, it is no wonder that the act of making sadaqah on Friday is just as blessed.

Let’s not miss out on the many blessings of a Friday. We can start by giving charity for the sake of Allah s.w.t and by prioritizing giving charity on this blessed day. For a start, why not contribute to our Water Well projects, sponsor an orphan, or set up a monthly sadaqah to give to those most in need?

If we get too busy over the week to do sadaqah, it’s still not too late! Let us reap the blessings of a Friday by doing good with a sincere heart and clear intentions.

May Allah s.w.t accept all our sincere efforts on this blessed Friday.