The last winter spell had been one of its worst, as snowfall and blizzards set in and caused trouble for the population in most of the country’s 81 provinces. Among the challenges that it posed for the public were the traffic disruption and difficulty in accessing remote locations.

In a rare phenomenon for the region, the city of Gaziantep was heavily hit by snowfall and traffic in the province came to a standstill - one of the most populated in the country. Temperature dipped to around minus 3 degrees Celsius, while a thick layer of snow covering the city center reached 50 centimeters.

Gaziantep however, has become a major place of refuge for displaced Syrians since the beginning of the Syrian conflict. No country has taken in as many Syrian refugees as Turkiye.

In 2021, the number of Syrian refugees residing in Gaziantep reached half a million.

During the winter, the suffering of the refugee community has only increased as they struggle to survive the cold season with little to no food, minimal protection and basic essentials.

Muhammad Haj Zubaida is a Syrian refugee who has been living in Turkey with his family since 2013.

Muhammad had an operation for his back many years ago, after being involved in an accident in Syria. He and his wife have seven children, but only two are living with the couple as the rest are married. His injury has left him unfit for work, and left him jobless at a young age.

His wife is the only one working in the family. She works in the Gaziantep city area, in a factory that produces shoes. Her salary is typical of a daily worker - a mere 1,400 lira monthly (an estimated S$103).

The family had to pay 600 lira rent every month, an amount that is almost half of the wife’s salary. With food prices rising, it is becoming increasingly challenging to pay the rent. Some days, the family does not even have enough money to buy a loaf of bread. 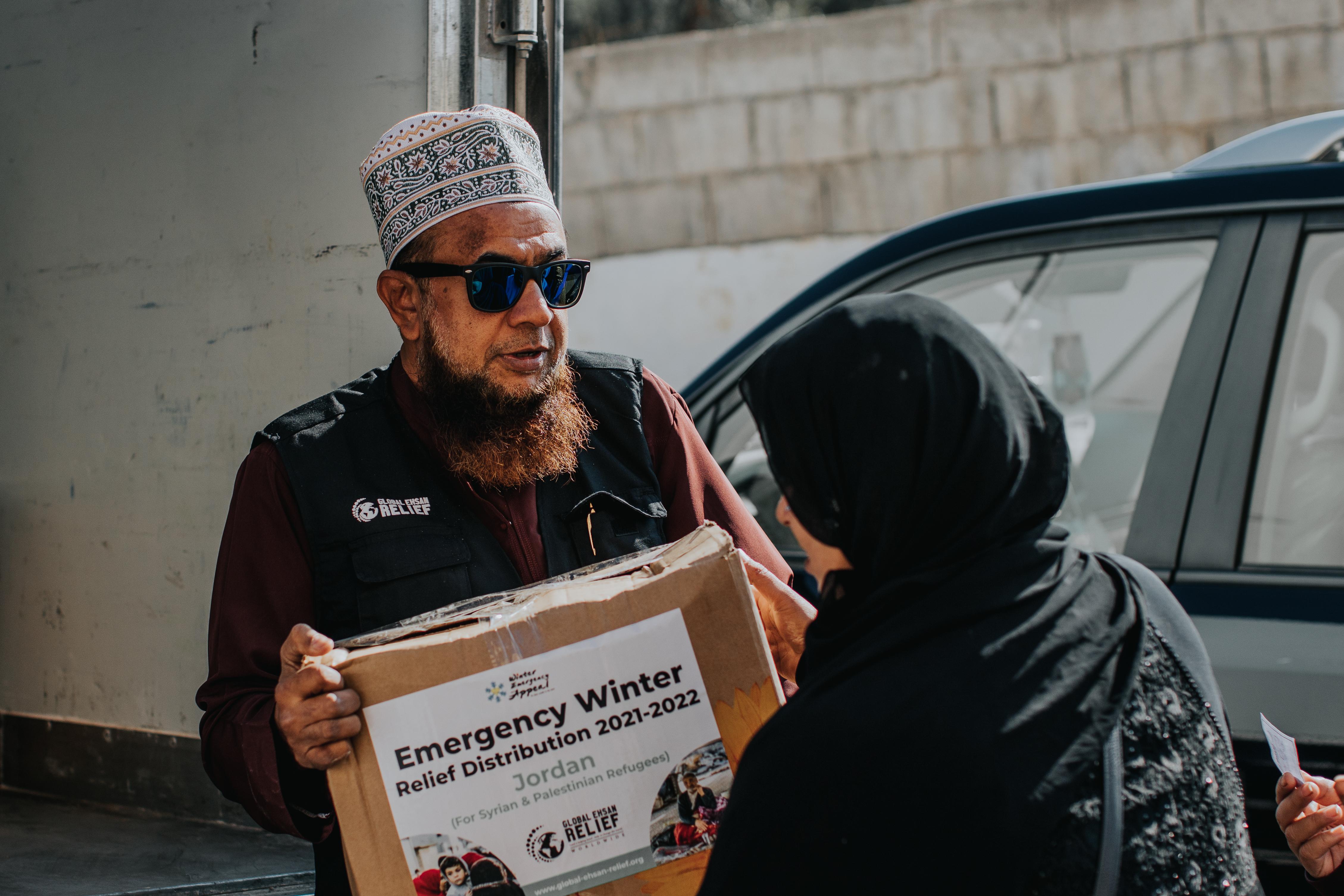 The food aid that we delivered was enough to support them for 20 days.

But like most Syrian refugees, lack of food and protection is something they constantly face.

Without food, Muhammad’s family is worries that the cold winter nights will make them prone to sickness. Global Ehsan Relief also provided heating materials and a heater for the family to keep them warm during the cold.

The struggle for survival has intensified with the start of winter, and Muhammad and family urgently need our help. Your donations are a lifeline, providing these refugee communities with the vital relief they need to survive. Donate to our Winter Emergency Appeal today.